Did you know a group of pandas is known as an embarrassment? It’s a real thing. Google it. And that’s also what my community calls ourselves. Not just for the pandas, but because it seems like we all have an acknowledgement of embarrassment/humility in a way. We come from all walks of lives but the most important thing is we support each other. If one of us falls, we are all there to help them back up. We accept everyone who comes in with the intent to have fun and be mutually accepting and respectful to others.

One of the perks for subscribing to the channel is being given a badge next to your name showing how many months you’ve subscribed. For the longest time, we had different colored ballgags. However, when the “Ballgag Ban of 2019” occurred, a new plan had to be put in place.

The fart jokes continue, this time in the form of Channel Currency. Channel Currency is used to enter into giveaways as well as purchase what are called Toot Chests. You may also choose to collect the Toots and climb the ranks!

Toot Chests can be purchased individually or in packs of 5 or 10 from the Stream Store. You can also purchase chests directly from the StreamLoots website. All revenue generated from chest purchases is shared with the streamers.

Each chest you open grants you three cards at random in varying rarity. Some cards will display GIFs on stream while others play video clips from previous stream highlights. Cards are added on a regular basis.

StreamRaiders is an Twitch Integrated mini-game that is currently in the Beta stage. Participating is easy: Just visit the StreamCaptain website and become a Raider! You can unlock classes and upgrade your units to take on stronger enemies. Rewards are shared with all participants upon victory. Battles take place, on average, every thirty minutes. 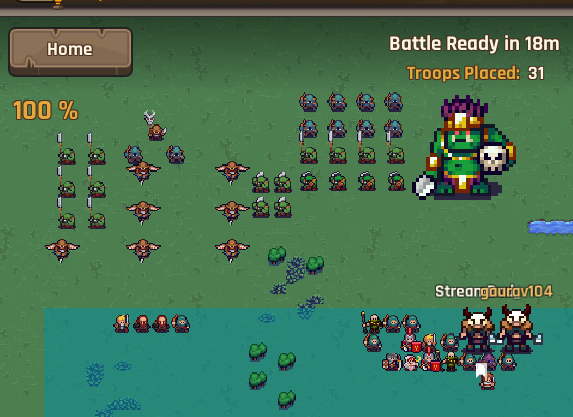 For My Streamer Friends,

Everyone starts somewhere with everything. For streaming, my start was with TSAN, which stands for Twitch Streaming And Networking. When I first learned about Twitch and broadcasting, I turned to the tool I always relied on for networking: Facebook. I joined many groups and even was a moderator for what would become a “rival” group later on.

I have always been a supporter and member of the LGBTQ+ community.From the beginning, TSAN has always had that welcoming vibe to all. That, along with all of the support I’ve personally received as a streamer convinced me to apply and join the community Stream Team.

To anyone looking to start streaming, I highly suggest checking into joining the Facebook Group and their Discord Page. If you have issues with getting something set up, there’s usually a post or two about it. Plus you get to learn a lot about Twitch ToS (Terms of Service).